Yamato vs. The Masked Marble is the eighth episode of the Battle B-Daman series. It first aired in Japan on February 23, 2004.

The episode begins with Yamato, Terry and Armada meeting up with Mie to qualify for the Winners Tournament. The three start out by raising money by selling Mie's sandwiches. Meanwhile Wen, Li and Grey appear ready to qualify as well. The tournament qualifications begin with Vinnie V explaining the rules to everyone who wishes to participate. The first round begins with shoot the gap and the highest scores would qualify. Several B-Ders qualify early including Wen, Li, Terry, Grey and two newcomers named Joe and Enjyu. Once at Yamato's turn he fouls up banging on the table and knocking most of the pins down, seriously hurting his chances of qualifying. Luckily Yamato matches up with another B-Da Player named Castieo for last place in the qualifications. The two have to participate in an ultimate strike challenge to see who can knock the most pins over. Castieo goes first and only fails to knock over 1 pin giving Yamato a small but fighting chance, using his newly acquired special move Cobalt Power Blast to knock over every pin winning him the match up and allowing him to qualify. The episode ends with Grey and Enjyu discussing Yamato's potential. 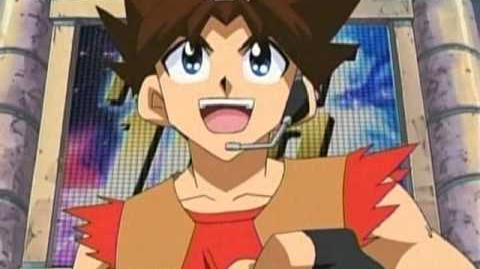 Add a photo to this gallery
Retrieved from "https://bdaman.fandom.com/wiki/Battle_B-Daman_-_Episode_08?oldid=49915"
Community content is available under CC-BY-SA unless otherwise noted.