The Bull Identity is the tenth episode of the Battle B-Daman series. It first aired in Japan on March 08, 2004.

The episode begins with Vinnie V revealing the first match-up regulations where they have to stand on hammocks and compete in B-Daman Invasion. The battle begins with Bull insulting Yamato which ignites him causing the two to go head to head until Ababa uses his control over Bull to fire B-Da balls directly at Yamato instead of the puck. Yamato confronts him over this and then Bull reveals he is aiming at the polls holding up Yamato's hammock. After they battle for a while Armada deduces that Bull is not acting himself and eventually figures out that the Shadow Alliance is hypnotizing Bull. To counter Bull's tactics Yamato uses his cat like balance to balance his toes on the b-da stage itself instead of standing on the hammock. During their battle Bull frees himself from the spell and battles Yamato fairly until Yamato uses his Cobalt Power Blast to win the match. Yamato nearly falls off the stage due to his exhaustion but is saved by Bull. During Yamato's celebration Enjyu confronts his gang mocking his victory and ending the episode. 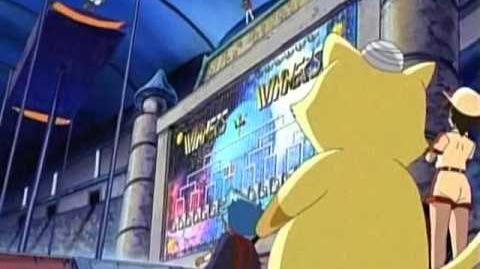 Add a photo to this gallery
Retrieved from "https://bdaman.fandom.com/wiki/Battle_B-Daman_-_Episode_10?oldid=49917"
Community content is available under CC-BY-SA unless otherwise noted.