Invasion of the B-DaSnatchers is the twelfth episode of the Battle B-Daman series. It first aired in Japan on March 22, 2004.

The episode begins with Yamato chowing down on Mie's food and looking upon the latest match up, Grey Michael Vincent vs Mickey Mookers in B-Daman Invasion. While watching the match to Yamato's surprise, Berkhart arrives and greets Yamato. During their meeting Grey ends his match quite easily due to his latest upgrade on Chrome Zephyr, the one handed power wing. Next Wen defeats Sae in the next match and impresses Yamato and Terry. Vinnie V then reveals the next match is Berkhart vs Enjyu, Yamato cheers Berkhart on as the match begins. Most of the match Berkhart tries to use his rapid fire to easily knock the puck into Enjyu's zone, knocks Berkhart off his Hammick causing most of the crowd to boo him. Armada tells Yamato and the others that Berkhart's B-Daman was too off balance and Berkhart did not want to disappoint Yamato and his brothers even though he knew this to be true. Yamato encourages Berkhart back into the battle in vein as Enjyu ends the match sending the puck through Berkhart's B-Daman destroying it. After his win Enjyu storms to Berkhart's brothers and tells them the truth about his B-Daman until he is confronted by Yamato, ending the episode. 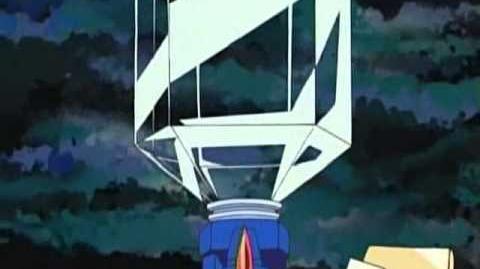 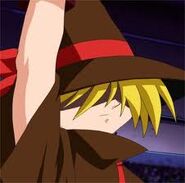 Add a photo to this gallery
Retrieved from "https://bdaman.fandom.com/wiki/Battle_B-Daman_-_Episode_12?oldid=49919"
Community content is available under CC-BY-SA unless otherwise noted.