Hog Wild is the thirteenth episode of the Battle B-Daman series. It first aired in Japan on March 29, 2004.

The episode begins with the Shadow Alliance discussing Yamato's current performance and potential. In the upcoming match Li will face Terry and he continuously tries to use his magic abilities to gain the upper-hand over his enemies and capture Cobalt Blade. Unintentionally he ends up working with Mie, during his time there he continuously tries to capture Mie but is foiled by several things including Tommi's intervention. Eventually Li begins to gain feelings of friendship and loyalty to Mie and the others and is unable to carry out his mission, during his time in the shop a gang of Hogs attacks Mie's shop and Li works together with Yamato to eventually stop them. After defeating them everyone congratulates Li and says goodbye as he leaves, unknown to them Wen and Enjyu have stolen Wing Ninja. On his way back he is torn between giving Wing Ninja back until he is confronted by Wen and Enjyu who convince him to smash it and leave. Later on Terry and Yamato discover the dismantled Wing Ninja ending the episode. 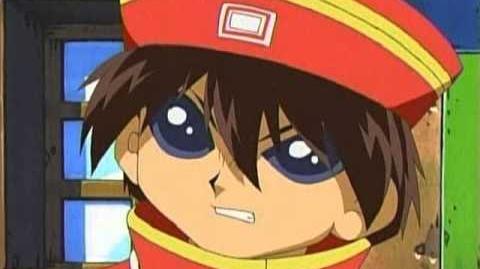 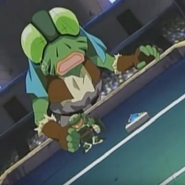 Add a photo to this gallery
Retrieved from "https://bdaman.fandom.com/wiki/Battle_B-Daman_-_Episode_13?oldid=49920"
Community content is available under CC-BY-SA unless otherwise noted.