In Search of Greatness is the fifty-second and final episode of the Battle B-Daman series. It first aired in Japan on December 27, 2004.

Yamato continues taking on Biarce with the stake of the entire B-DaWorld on the line. Can Yamato find a way to get by the cunning Marda B. and his henchman Biarce, or will Marda B. become the new controller of the B-DaWorld permanently? 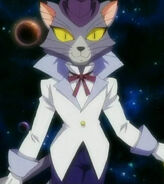 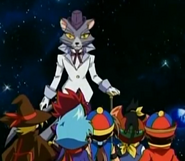 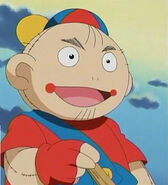 Battle B-Daman: In Search of Greatness (Arabic)
Arabic dub
Add a photo to this gallery
Retrieved from "https://bdaman.fandom.com/wiki/Battle_B-Daman_-_Episode_52?oldid=49960"
Community content is available under CC-BY-SA unless otherwise noted.