Rudy Sumeragi (Japanese: 皇リュウジ (すめらぎ), Sumeragi Ryuji, Ryuji Sumeragi) is a character appearing in anime series, B-Daman Crossfire. His B-Daman is WBMA Proto 01, but he used Smash Dragold while under the influence of its Golden Dragon B-Animal.

While possessed by Dragold, Rudy was considered the final antagonist of the first season. 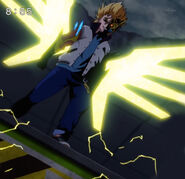 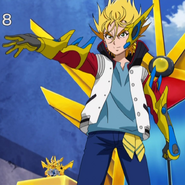