Thunder Dracyan (Japanese: アクセル=ドラシアン, Akuseru=Dorashian, Accele=Dracyan) is a Power Type Core Change System B-Daman, and the Legendary Blue Dragon. It was first released in Japan in April 23, 2011, and was released internationally on August 1, 2013.

In addition, a second Thunder Dracyan also appeared in the final episode of B-Daman Fireblast, depicted as Tamada's partner, as well as Rising Dracyan's younger brother.

The Dracyan Head takes a dragon theme in a helmet's appearance with its three horns: two ear-like ones forming a crest and a centered horn. It is also designed with two eye sockets on the horn crest representing the dragon's eyes. Anime-esque eye stickers also appear with a mouthplate of sorts. The Takara-Tomy version of the Dracyan Head has the CBC number of 015.

The Dracyan Arms are one of the most basic Arm Parts. It consists of curving shoulder pads and bent arms locking in fists. Due to the downward curve of the shoulders, it offers a comfortable hold for the player even if they are basic pieces.

The Dracyan Leg is quite basic, appearing as two stubby feet seemingly designed with armor.

Accele has a set of three Hold Parts in the classic Delta formation. On the bottom Hold Part for this Core is an old favorite that has been around since Super B-Daman; a rubber drive strip, which causes a marble fired from it to spin forward while knocking down a target powerfully. As a result, this makes the Accele Core a good part for Power Types. The CBC number on the Takara-Tomy version of this Core Part is 090.

Hasbro's Thunder Dracyan uses different stickers than Takara Tomy and Sonokong's original Accele=Dracyan. The Dracyan Head changed the crest decal colour from white to yellow but neglected the white sticker at its back spike; the green eye and gem stickers were also removed. The Dracyan Arms obtained different yellow decals on the shoulders, now depicted as triangles rather than curves while its fists' stickers are gone. Accele became a smoky gray instead of chrome, as well. The Dracyan Leg stickers also turned from white to yellow and yet its side stickers are not present.

The prototype Hasbro Thunder Dracyan retained the chrome Accele. The detailing on the sticker on the top left side of the head was also retained, albeit altered. The plastic also appears to be more glossy than the released version. 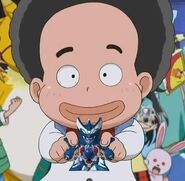 The most powerful version of Dracyan; fused with the spirit of Riki. 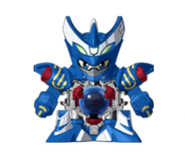 Toy version of the "Friendship Combo" 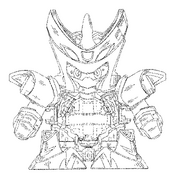 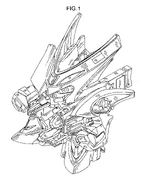 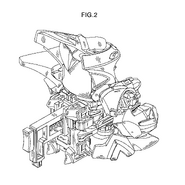 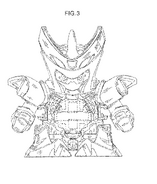 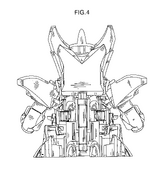 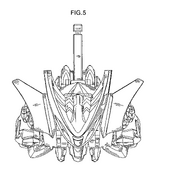 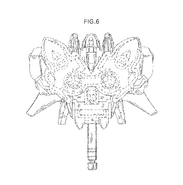 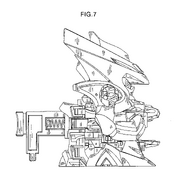 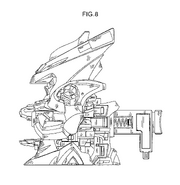