The Dash Stabilizer (Japanese: ダッシュスタビライザー, Dasshu Sutabiraizaa) is a Tune-Up Gear released as part of the Emblem Charge System. It was released on April 27, 2013 in Japan for 577円.

The Dash Stabilizer is composed of clear, violet hexagonal pads that connect to a "base" that fits into a B-Daman's Trigger. Each pad is hollow but provides enough space for the implementation of B-Dama. Similar to Sonic=Dravise's Dravise Legs 2, the B-Dama heighten the Tune-Up Gear and allows for smooth movement across flat surfaces. In result, it becomes much easier to move one's B-Daman with increased speed (hence "Dash") and less friction. This is due to the spherical shape of the marbles; gifting the figure with 360° marble movement.

This Tune-Up Gear's design allows for an array of possible configurations for the Stabilizer. Each Dash Stabilizer includes approximately six pieces but it is possible to purchase additional copies for more customized depth and stability. As the pad base fits into a Trigger, the multiple pieces are customized from there.

Customizations include but are not limited to a V-shape for backside support with other Tune-Up Gear, a configuration based on the user's firing hand to rest while shooting and an all-around combo for true 360° movement. 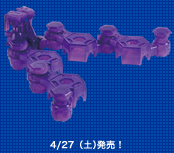 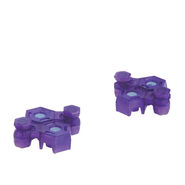 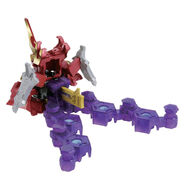 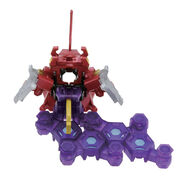 A customization based on one's firing hand. 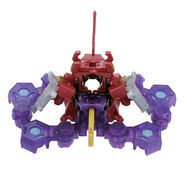 A balanced position for movement all-around.
Add a photo to this gallery
Retrieved from "https://bdaman.fandom.com/wiki/Tune-Up_Gear_-_Dash_Stabilizer?oldid=29405"
Community content is available under CC-BY-SA unless otherwise noted.