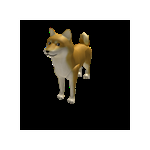 Basic Stuff About Me

Hey guys I'm NinjaRanger (call me soon.JK) you can call me Ninja,Hosh or whatever you wanna call me.I've been a fan of B-Daman ever since 2013 and ever since then I got obsessed.I only started editing recently around 2018 cuz I've noticed that the wiki has been empty and nobody has updated in forever.I'm just a beginner so dont expect me to be as good as the other editors.I'm in other wikis but Im currently devoting most of my time in the B-Daman Wiki cuz the other wikis I'm in are really active compared to this one.I'm currently waiting for another B-Daman series to be released so that this Wiki could hopefully be active again.Based from what I saw from other users,a new B-Daman series should be released around October 2019 but it's just their speculation.You can contact me in my message wall but I wont be that active in the weekdays.

More Stuff About Me

Retrieved from "https://bdaman.fandom.com/wiki/User:NinjaRanger?oldid=48879"
Community content is available under CC-BY-SA unless otherwise noted.