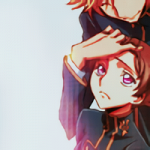 Hello! I'm Miles, but feel free to call me by my username too. I'm from Singapore. I've been into the Battle B-Daman series ever since 2008. I've also barely started on Crash B-Daman, and I'm aspiring to translate the Chinese subs available into English despite my very slow progress. I haven't gotten the time to check out any other series, but hopefully I will get to them very soon.

My favourite characters in the series are Wen Yong Fa and Gray Michael Vincent. And yes, I do ship as well, though not so much. My main OTP in the series is Enjyu/Wen.

Retrieved from "https://bdaman.fandom.com/wiki/User:VentusBDaPlayer?oldid=42664"
Community content is available under CC-BY-SA unless otherwise noted.